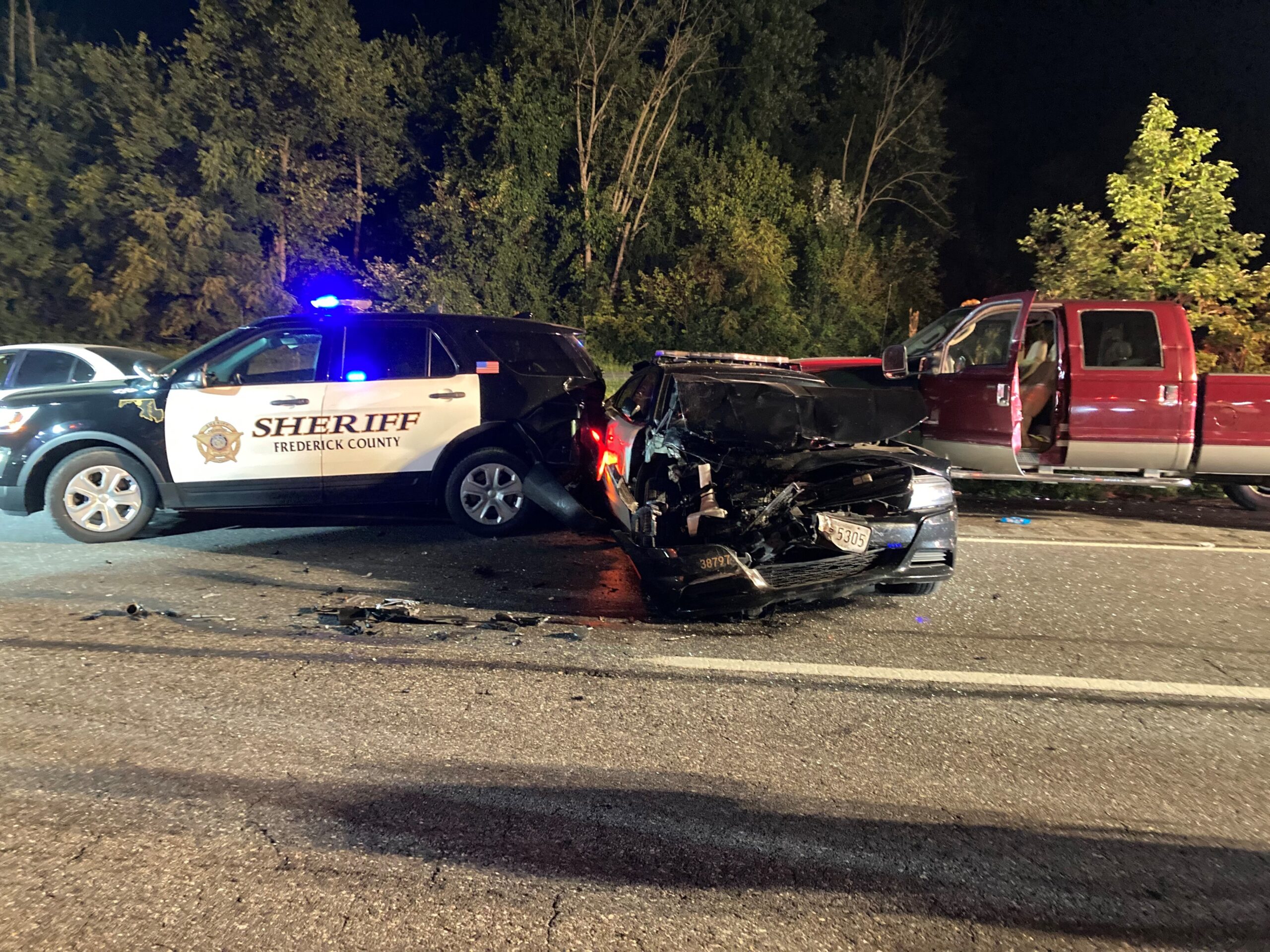 Striking Vehicle Failed to Move Over to Adjacent Lane

FREDERICK, Md. (Sept. 1, 2021) – At approximately 8 p.m. on Tuesday, Aug. 31, two Frederick County Sheriff’s Office (FCSO) deputies were injured during a routine traffic stop in the area of Route 340 and Catholic Church Road. The deputies, who names are being withheld out of respect for their privacy, both sustained injuries requiring medical attention from providers at Frederick Health Hospital and Meritus Medical Center, in Hagerstown, Maryland.

As the deputies conducted the stop, an approaching vehicle failed to move over and struck the first FCSO marked cruiser pushing it into a second FCSO marked vehicle. The initial investigation shows the striking vehicle pushed the cruisers approximately 45 feet. One deputy, thrown over a guardrail, lost consciousness and sustained leg and shoulder injuries and the second deputy, seated in his vehicle, sustained multiple head injuries.

“Our deputies are very lucky that they did not sustain severe injuries as this could have been a lot worse,” said FCSO Sheriff Chuck Jenkins. “The Maryland Move Over Law requires drivers approaching from the rear of an emergency vehicle using visual signals while stopped on a highway to, if possible, make a lane change into an available lane not immediately adjacent to the emergency vehicle. Our initial investigations show the driver of the striking vehicle failed to obey this law and our deputies were injured. Quite frankly, this could have resulted in a horrific tragedy.”

This incident is still under investigation and charges for the driver are pending.

The FCSO recently created an important Move Over Law video, which explains exactly what to do when approaching emergency vehicles stopped on the side of a road. Follow us on our Facebook page of @FrederickCoSheriff to watch this video.