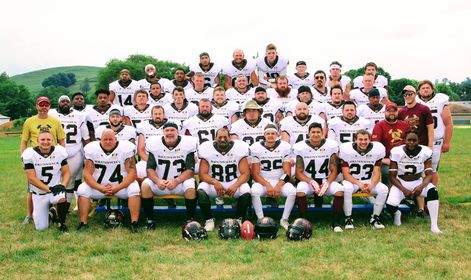 Semi-pro football returned to Brunswick in 2020 after an absence of more than 80 years.

The Brunswick Railroaders semi-pro football team finished their 2020 season with a record of 4-4.

In order to find out when Brunswick, where baseball always has been the main sport of this city, last had an adult football team, one must go back — way back — to the 1920s and 1930s, when Brunswick had a town team. The late H.E. “Sonny” Cannon, the longtime chief of the Brunswick Vol. Fire Company was among many town men playing on that squad.

The Railroaders played their games at both Wenner Field, now the site of the Dollar General, on West Potomac Street, and on the field across the street from City Park. Eventually, the team disbanded.

A semi-pro football team was organized early last year through the efforts of 1993 Brunswick High School graduate Brian Swiger. The team was to have been part of The True Football League (TFL), which comprised several teams across the region.

But, due to COVID-19 restrictions, the league could not play a complete schedule. Instead, Brunswick played a six-game exhibition schedule, with most home games being played at Othello Park in Petersville.

The Railroaders went 3-3 during the regular season, then played two additional games as part of an Atlantic Coast Football Association Tournament. Brunswick went 1-1 in the playoffs, losing to the Keystone State Predators (York, PA) in the championship game, 32-14.

Brunswick opened its season on August 1, losing to the Franklin County (Waynesboro) Tigers of Pennsylvania, 13-12. The Tigers scored their go-ahead touchdown in the fourth quarter.

Josh Jeffrey rushed for 64 yards and a score for the Railroaders. Tyeryar rushed for 53 yards and a touchdown. Kyle Marshall kicked four extra points.

After a week off, Brunswick held off the Baltimore Assassins, 15-12, on August 29, at Foreman Field. A 45-yard field goal by Marshall in the fourth quarter turned out to be the difference in the game. He had three for the game.

Zavae Johnson had two interceptions for the Railroaders.

Brunswick’s home opener at Othello Park, against the Richmond Jets was a disappointment on Saturday, Sept. 19. The Railroaders were held to a field goal in a 14-3 loss.

Swiger kicked a 25-yard field goal for Brunswick’s only score of the game.

There was a lull in the Railroaders’ schedule until Saturday, October 17, when Keystone defeated Brunswick, 8-0, at Othello Park. Brunswick was held to 81 yards in total offense.

The Railroaders closed out their 2020 homestand on Saturday, Oc. 24, with a 14-6 win over the Cecil County Chaos. Terrance Warfield scored on a 15-yard run in the second quarter. Wagner scored on a 14-yarder in the third quarter. Brandon Michael added a 2-point conversion.

Brunswick set up its championship game in the ACFA fall tournament with a 223-18 win over the Baltimore Rams at York, PA. The following week, Keystone won the championship, defeating the Railroaders, 32-14. 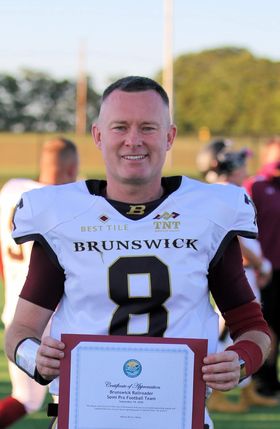 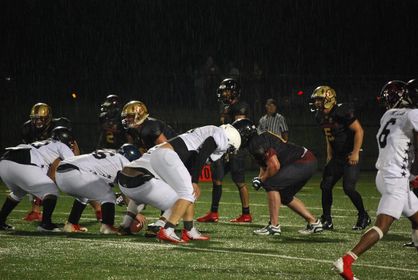 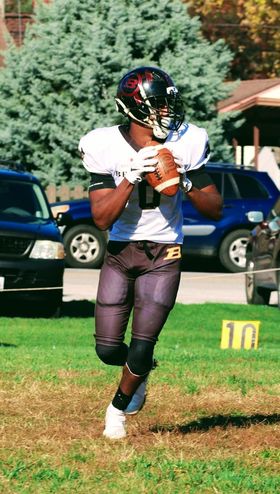 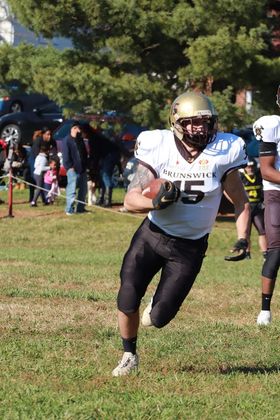 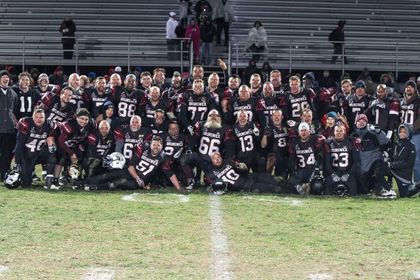