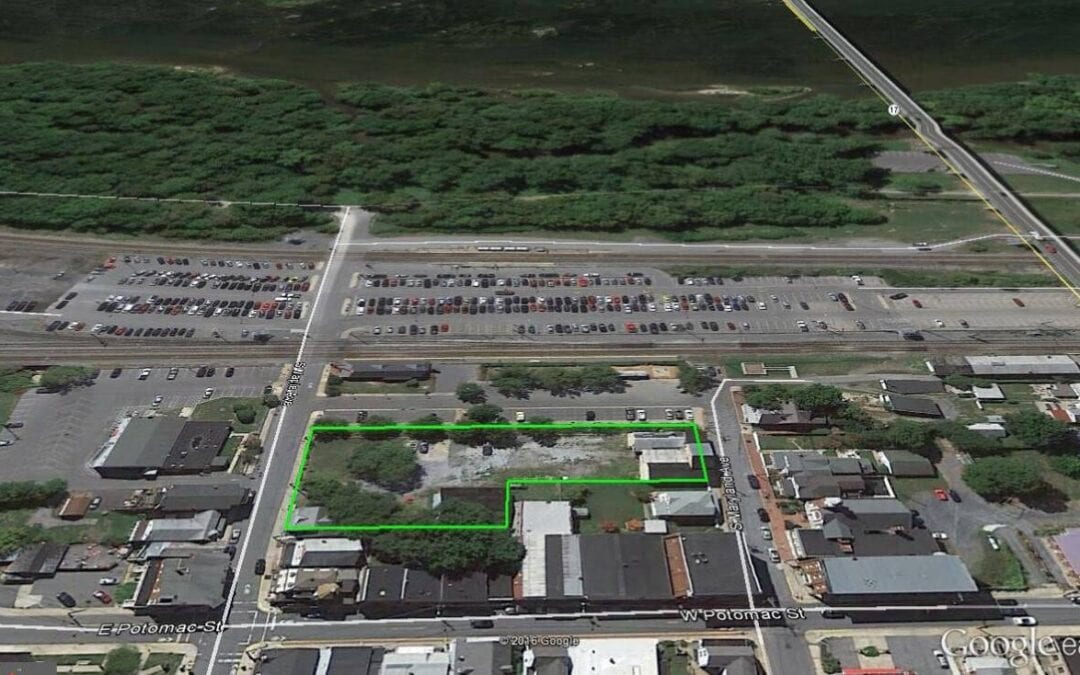 A group of citizens are urging their elected officials to consider all viable alternatives for the location of the proposed affordable housing apartment complex. We are urging County Executive Gardner, State Senator Hough and Maryland Department of Housing and Community Development Secretary Holt to work together with the City to make additional alternatives viable. A proposed alternative location would mitigate the loss of historic structures and provide a flat area downtown for more parking.

The City should explore an opportunity to initiate a land exchange to construct the apartments at the City-owned 1.58 acres at 601 E Potomac Street.  In the exchange, the City would then own and manage the nearly 1 acre and its properties located in and around Railroad Square.  The City could then use nonprofits, the new Main Street Manager, the new Grants Manager, guidance from Preservation Maryland and additional programs to develop plans and seek funding to restore and reuse the existing structures for affordable housing, a new downtown location for the food bank, a welcome center for visitors off the C&O Canal with an office for the Main Street organization, and retail/office space.  There is already interest in properties in Brunswick, as shown by the Newberry building- a building the City purchased with money from the DHCD Strategic Demolition Fund- that has a reported potential buyer, and the fire-damaged home at 127 W Potomac Street, which was sold as-is and is being restored. Historic rehabilitation tax credits at both the state and federal level and façade grants are other funding options already available to promote the adaptive reuse of existing buildings. In addition, consider the example of the revolving fund created by the rehabilitation occurring on Jonathan Street in Hagerstown, and the restoration/renovation occurring at the house beside the Post Office in Burkittsville. The gravel lot behind the existing structures could be used as both parking and a shared community/ event space in a location close to the businesses that people would be visiting, similar to the lot behind the shops at Shab Row in Frederick.

At the most recent public workshop on February 16th, the issues of the current proposed location including the loss of City parking, traffic flow during peak MARC loading and unloading times, and the effect on downtown businesses and residents during a two-year construction period were discussed. A land exchange eliminates those issues. Yes, the new location is not in the boundary of the TOD zoning overlay; however, it is completely within the City’s scope to extend the TOD boundary. The proposed new area is still within walking distance of the MARC train station.

Not only will the noted issues be resolved, the new proposed location would allow for a potentially larger and taller building that would not be subject to any Conservation District guidelines or Section 106 reviews.  The design could also be adjusted to include the existing apartments at the historic Brunswick school building, a technique that current Council has noted works well aesthetically at the 520 N. Market Street affordable housing apartments in downtown Frederick. Existing parks and playgrounds in the immediate surrounding area could be used by all residents.  Placing the apartments at 601 E Potomac Street- and not in the downtown Main Street area- also shows commitment to the goals outlined in the City’s most recently adopted Small Area Plan, which include: the need for the City to invest in itself; the creation of community/public facilities; identification of buildings/key elements for incorporation of History and reuse/adaptive reuse of buildings; and preserving historically significant character attributes of the downtown area. The City would also not have to lose or lease the parking at the train station. This lot is frequently used on the weekends by visitors using the C&O Canal and visiting the caboose, and is also used for City events.

Citizens should let their elected officials at the City, County and State level know they would like to see alternatives to the proposed location of the affordable housing complex in Brunswick. The needed experience is currently in office to make this happen and this could put Brunswick in a positive spotlight for supporting creative options to encourage both affordable housing and historic preservation.