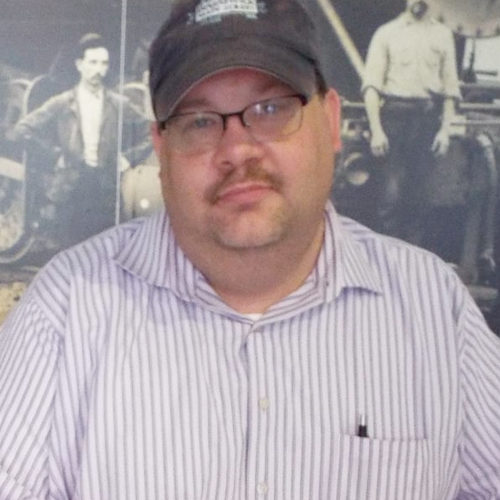 James R. Castle was born and raised in the Brunswick/Knoxville area of Frederick County, Maryland. Instead of television or radio, James entertained and educated himself by listening to the stories of his family members and the elders of his community. Weekends would find James looking for arrow points or digging for bottles from old, abandoned dump sites.
James played baseball as a child and began coaching in Brunswick Little League at age 14. He later served as President of the league. After graduating from Brunswick High School in 1995, James opened up a business in Brunswick. He began volunteering at the Brunswick Museum, which he now serves as President. Mr. Castle began volunteering with the City of Brunswick as an Economic Development Commissioner, a parade volunteer, the City’s Recreation Commission, and the City’s Planning and Zoning Commission. Castle was elected to the Brunswick City Council in 2000 and again in 2004. After leaving the Council in 2005, Castle was self-employed in the grants management field and then took a position as the Town Clerk of Williamsport, Maryland. He then returned to Brunswick in the Planning & Zoning Department. James later served as a Project Manager for the Maryland Department of Housing and Community Development. He now works for the Federal Government.
James resides in Brunswick, Maryland with his wife, Monica and their four cats. He also metal detects, researches, writes, and investigates the paranormal. Known as a source on Brunswick area history, James conducts research on families and properties in the area. He assists the local government with historical research. His first book, History In Our Attics: Photos and Documents of Brunswick, Maryland Volume I, was published in October 2014. The second volume in the series was published in October 2015. Volume III was published in 2018. A Christmas Trip to Brunswick, a short historical fiction, was released in October 2016. Brunswick Maryland: Ghosts, Myths, and Legends was just released in 2020.
James looks forward to co-publishing the Brunswick Herald. James states, “I hope to use my writing experience, my local government knowledge, and my knowledge of this city’s history to assist in managing a great news source for the greater Brunswick area.