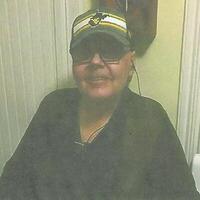 He was born in Frederick, Maryland, on October 31, 1958.  Randy was the son of the late Robert E. and Beulah V. [nee Lucas] Derflinger.

He was a 1976 graduate of Brunswick High School. He was a member of New Hope United Methodist Church, Brunswick. As a young man, he was an active member of the Brunswick Fire Department. He was retired from the Dickerson Generating Station as a Power Plant Operator, where he received several commendations for his excellent performance.

Randy was best known for his “magnetic personality.” He also was a “giant of generosity” when it came to charity.  In past years he participated in Brunswick’s “Freezin’ for a Reason” and had been recognized for two years as their top fund raiser.  In 2009 he completed the Maryland Sea Gull Century 100 Mile Bicycle Ride, a nationally acclaimed bicycle event

He played Little League and Babe Ruth baseball in Brunswick and was a big fan of the Baltimore Orioles.  He loved music and enjoyed singing while playing his guitar, especially when he joined friends for jam sessions.  Additionally, he enjoyed traveling, and on occasion did so with a beloved cousin, William Rich of Louisville, Kentucky. He also had special interests in the Appalachian Trail and Mt. Everest.

Visitation will be on Tuesday, January 5, 2021, from noon to 2:00 p.m. at Eackles-Spencer & Norton Funeral Home, 256 Halltown Rd., Harpers Ferry, WV.  The service will be held at 2:00 p.m with Pastor Tom Sigler officiating.  For the safety of everyone, masks are required inside the premises, as well as social distancing.