In Memory of Blair Gene Harrington 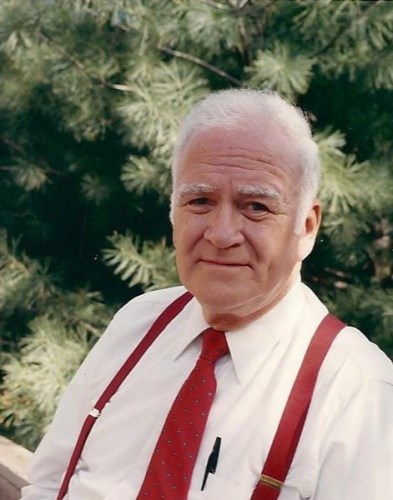 In Memory of Blair Gene Harrington

Blair was born on March 19, 1930 to William Eugene Harrington and Audrey Elizabeth (Hogan) Harrington. He was a devoted and lifelong member of Bethany Lutheran Church in Brunswick. He graduated from Brunswick High School in 1947 and went to work for the B&O Railroad. In the Spring of 1951, he married the former Mildred E. Mercer and celebrated 70 wonderful years of marriage. Blair also joined the United States Marine Corp and served his country during the Korean Conflict from 1951-1953. Upon returning home, he went to work as a telegrapher, and then a station agent for the B&O Railroad for 40 years.

In his early years, he was a sports car enthusiast and could be found proudly working on his Porsche, participating in sports car rallies and was a member of the Porsche Club of America. His love of cameras led him to become an accomplished photographer, which he turned into a second career for over 50 years. He was the chosen photographer of many local brides and a member of the Professional Photographers of America. After his retirement, he and Mildred spent many years traveling in their motorhome. He also took on a part time job delivering for NAPA Auto Parts, which he greatly enjoyed. Blair was a member of the American Legion Post 96 Steadman-Keenan and the Shangri-La Detachment of Frederick, MD.

He was proceeded in death by his parents, William and Audrey Harrington and his brother, William H. Harrington.

John T Williams Funeral Home, 100 Petersville Road, Brunswick, MD 21716 is handling the funeral arrangements. Funeral services are private, but there will be a memorial service announced at a later date. In Lieu of flowers, the family requests that donations be sent to Bethany Lutheran Church, 109 First Ave., Brunswick, MD 21716.