Get Your Sugar Rush at the Hive Bakeshop

Get Your Sugar Rush at the Hive Bakeshop

The word hive is not only a shelter constructed for housing a colony of honeybees, it can also be described as a hive of activity, a gathering place. That’s the unique idea behind the name of The HiveBakeshop when sisters, Rebekah and SallyOntiveros, decided on a name for their bakery.

This is not your ordinary run-of-the-mill bakery. Sure, they have cakes, cookies, and cupcakes, but there is something else being created beyond the walls of the sweet shop, it’s love. Love of family, love of community, and love for one another.

The Hive Bakeshop is a community-minded and artisan bakeshop specializing in custom cakes, French macarons, baked fresh breads, and unique flavor combinations. Located at 318 Petersville Road, Brunswick, the sisters have created a haven of not only delectable treats but have created a home for the community they love-Brunswick. 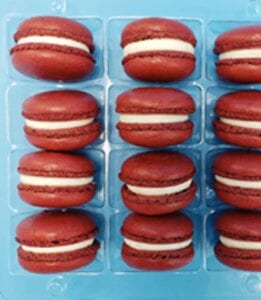 “We chose Brunswick for its charm,” says Sally, “we love this town and are very involved in the community.”

Drawn to baking as children, the sisters realized their dream when The Hive Bakeshop opened its doors in May 2018.

According to their website, Sally graduated from James Madison University in 2013, where she earned a B.S. in Geographic Information Systems with a concentration in Urban Planning and Sustainable Development. After graduation, she realized the job market was almost non-existent in her field, so she ventured into completely different avenues-baking and tourism.

Rebekah graduated from the University of Maryland, College Park, in 2009, where she earned a B.A. in English Language and Literature with a concentration in Biology. Due to “one of the worse job markets this country had ever seen,” she found a job in Early Childhood Education and became Education Director of several leading schools in the Northern Virginia area.

Growing up in Anchorage, Alaska, the girls become fans of the television show “Iron Chef” and developed a flair for testing ingredients and exotic flavors. They also developed a healthy understanding of competition. The sisters, who have entirely different personalities, would hold cooking “battles” with one another. Watching chefs compete inspired the girls to try their own hands at baking. As adults, they became world travelers and learned the fine art of cuisine and flavorings from many cultures.

But starting a bakery in a railroad town like Brunswick wasn’t easy at first.

“People laughed at us,” says Rebekah, “some said we would never make it in this town. It’s been a lot of work, but we wanted to create a gathering place for the community. Even in the future, if we decide to expand, we will always keep our Brunswick location.”

They refuse to let anyone distract them from their dream of owning and operating an artisan bakery with a small-town feel. Their recipe for success is working.

The Hive Bakeshop has developed quite a devoted following in both Brunswick and Lovettsville and thanks in part to their large social media presence, they are gaining fans nationwide. 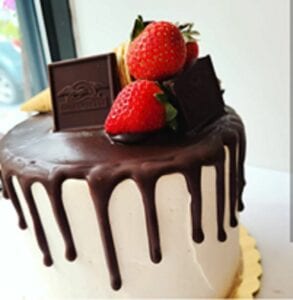 Earlier this year, the sisters appeared on Season 3 of the Netflix hit show, “Sugar Rush,” with their episode airing on Friday, July 31. The girls competed against three other teams for a chance at a $10,000 prize in a “high-pressure timed contest” competing in categories such as cupcakes, confections, and cakes.

“Being on the show brought in a lot of new customers,” says Rebekah, “it brought pride to Brunswick and we were happy to be a part of that.”

This year as the Covid pandemic went into full swing, many businesses did not survive, however, The Hive Bakeshop has not only been surviving but thriving.

“Our main priority is the safety of our employees and customers,” says Sally, “we are thankful to be reopened.” Although they miss the daily interactions with their clientele, the bakeshop offers a wide range of goodies from their website and offers limited hours inside the shop.

“We are happy to be in Brunswick and be a part of the growth and development of this town. We have spent a lot of time and energy to create a family-friendly shop for our community,” says Rebekah.

The Ontiveros sisters had a dream and with that dream, they were carried to parts unknown and into a line of business neither one had expected. But they never gave up, never gave in, and never let themselves be discouraged by those who did not believe in them.

“We have made Brunswick our home and want to be a part of the community,” says Sally. “We also want to be a great example of what it takes to pull together and create something we enjoy doing. We encourage everyone who has a crazy dream like we did, to follow your passion.”

Sisters Sally and Rebekah Ontiveros of the Hive Bakeshop 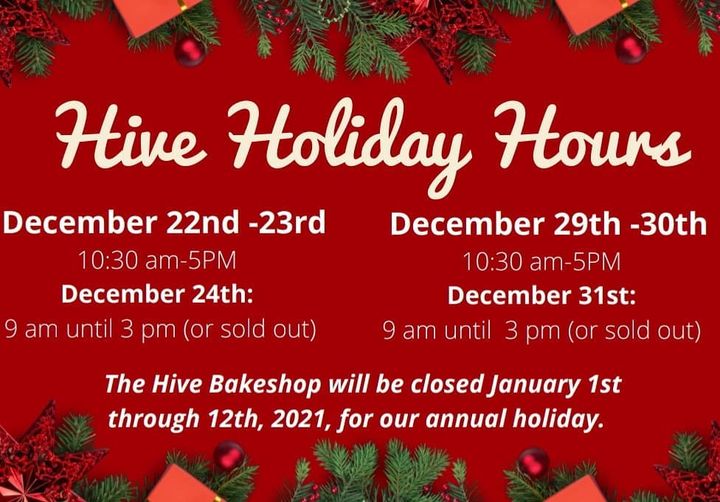