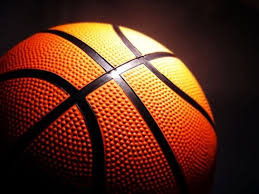 It appears less and less likely there will be a high school winter sports season this year.

Kevin Kendro, FCPS supervisor of athletics and extracurricular activities, said the window to play winter sports has been narrowed to two weeks, citing rising COVID-19 metrics in the county. As of last Monday, the positivity rate was at 8%.

According to MPSSAA regulations, the winter sports season, which includes basketball, wrestling, and indoor track and field, must end on February 13. Since one week of practice would be required before winter teams could begin their actual games, it would leave a window of two weeks.

Games could start on February 1, but all that depends on COVID-19 metrics. A lower positivity rate would be needed before schools could move toward a restart.

The February 13 date is also the scheduled start date of a delayed fall sports season (football, soccer, golf, cross-country, volleyball), which would run for six weeks. April 17 is the tentative start date for the spring sports season, which runs until June 19.

And the wait goes on.