$25K in Drugs Seized, One Person in Custody 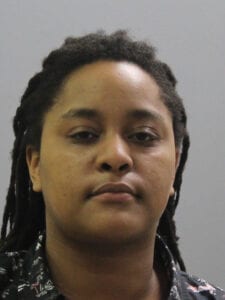 FREDERICK, Md. (July 17, 2021) – At approximately 9 a.m., on Friday, July 16, members of the  Frederick High Intensity Drug Trafficking Area (HIDTA) group executed a search and seizure warrant in the 200 block of Wintergreen Lane, Brunswick, Maryland. The successful raid led to the arrest of Wendanna Monique King, age 29, of Brunswick, along with the seizure of more than $25,000 in drugs.

The search led to the seizure of the following:

Deputies transported King to the Frederick County Adult Detention Center and her charges include:

The investigation is ongoing and additional charges are pending. 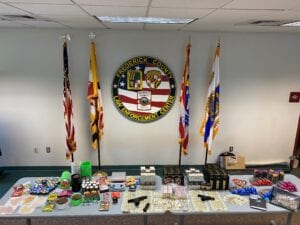 “This investigation would not have been successful without the efforts of all of the supporting agencies,” said Lt. Sedat Caliskan, Frederick County Sheriff’s Office Narcotics Investigation Section commander. “The Brunswick Police Department and HIDTA partners are committed to combatting the illegal possession and distribution of illegal narcotics in Frederick County.”

Anyone wanting to report information or tips related to the illegal use/distribution of drugs should call 301-600-7180; report anonymously at 301-600-1318, or through email at narcoticstaskforce@frederickcountymd.gov.