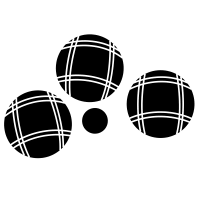 It’s been delayed at least twice, but if all goes well, varsity sports at Brunswick High School will resume on Monday, February 1.

Unified Sports-Bocce leads off the weeklong-list of activities. The Railroaders travel to Catoctin for a 4 p.m. match.

On Tuesday, Feb. 2, the BHS boys and girls varsity and junior varsity basketball teams begin their long-awaited, but abbreviated, seasons against the Middletown Knights.

The Railroader boys go on the road for their game with Middletown while the BHS girls host the Knights. The junior varsity games begin at 6 p.m. with the varsity games to follow.

Also, on that same day, BHS boys and girls swimming teams begin their season, taking on the Walkersville Lions in a home meet at 6 p.m. at Middletown High School.

The Railroader wrestling team begins its season at 6 p.m. on Wednesday, February 3, hosting the Catoctin Cougars in a dual match.

In wrestling action that same day, Brunswick is on the road at Tuscarora for a 6 p.m. dual match. The BHS indoor track and field teams run a dual meet at Catoctin outdoors, weather permitting, at 3:30 p.m.

As quick as it starts, the winter season will end the following week. There will be no post-season playoffs this year.

The delayed fall sports season will start on Monday, February 15. That, too, will be an abbreviated season.

But here’s the catch.

Fans will not be permitted in the gymnasiums or at poolside, because of COVID-19 restrictions. Arrangements are being made to have sporting events live-streamed to the public over the internet.